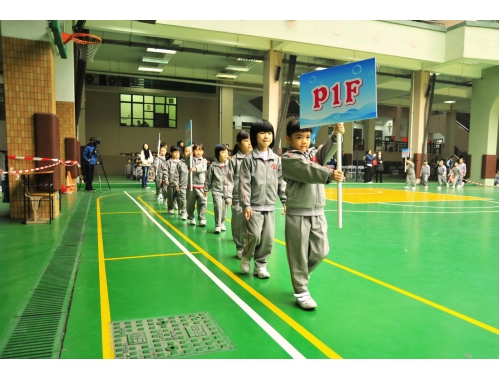 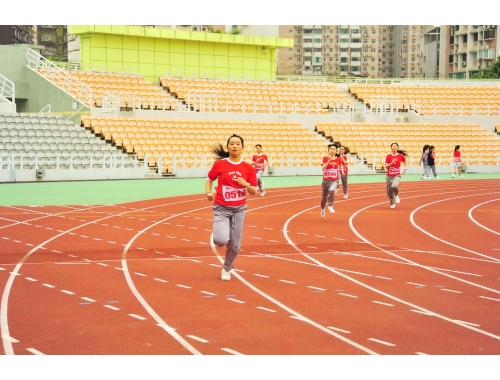 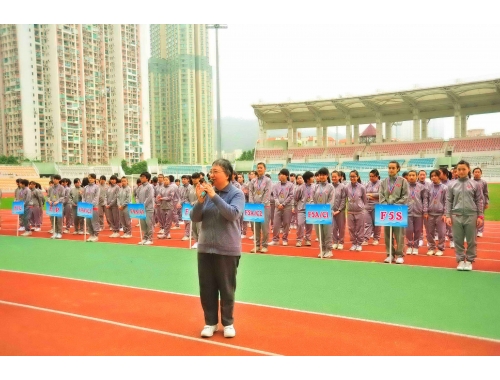 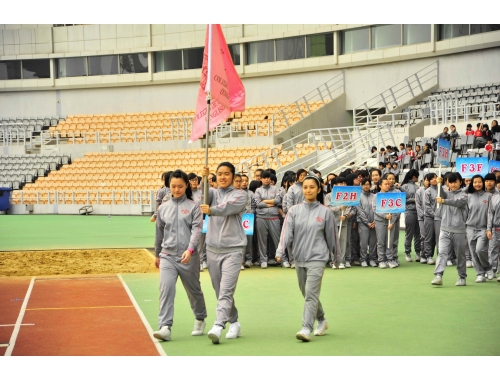 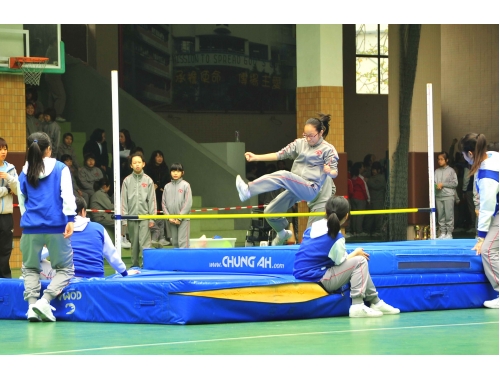 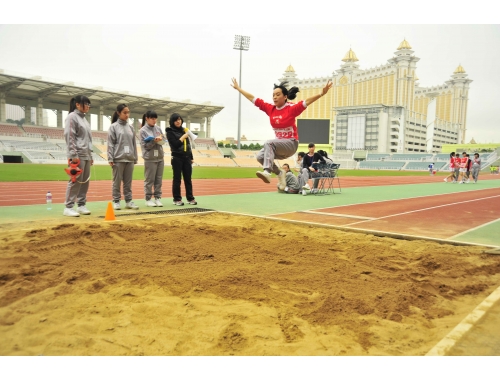 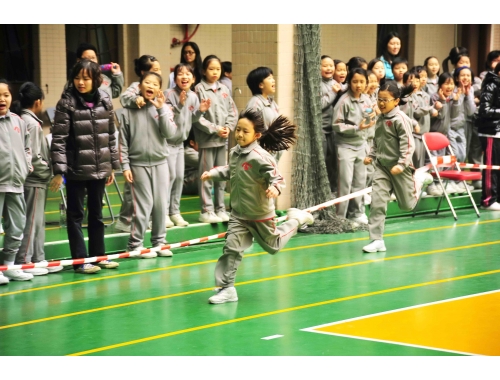 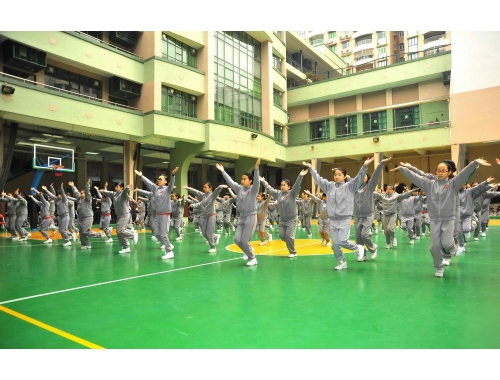 The annual SRL Sports Days were held on 14th and 15th March 2012 for primary and secondary students respectively.  The Primary Sports Day was held in the school playground. It began with the entry march of officials and athletes from P1 to P6.  Sister Judith was then invited to give the opening remarks. This was followed by a delightful dance performed by selected primary students.  The dance performance gave the day a vibrant start.  After the dance performance, the sports competitions formally started and the students spent almost the entire morning rooting for the athletes.

The following day, the 15th March, the secondary students had their Sports Day at the Macau Stadium in Taipa.  Officials and athletes paraded into the playing field, accompanied by the school's Brass Band.  The Parade was followed by the oath-taking ceremony.  Sister Judith was invited to give the opening remarks and she took the opportunity to explain the true purpose of the sports day.

The F6 Cheering Champions then showed off their skills.  Then, the track and field events started.  It was very exciting to see each class rooting for their classmates.  This pushed the atmosphere of the competition to its peak.

The one-and-a-half-day Sports Days ended in joy and excitement, with Sister Judith and other teachers awarding the prizes to the winners.