The Franciscan Missionaries of Mary (FMM) came to Macau in 1903 to take charge of Colegio de Santa Rosa de Lima, Portuguese Section, Rua de Santa Clara. In 1910, all religious were obliged to leave Macau, and the FMMs took charge of a school in Shiu Hing, China. In 1932, they returned to the territory to continue direction of the Portuguese Section, and to answer the need for education through the medium of English by opening the English Section. 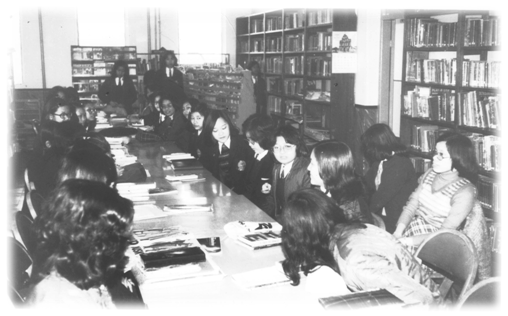 The Chinese Section was added in 1933 and all three sections functioned together in the same building until 1975. By then, the enrolment had greatly increased, making it more difficult for the three groups to work at their most efficient capacity. It was then decided that the dwindling number of students in Escola Stella Matutina on Dr Rodrigo Rodrigues Avenue should be amalgamated with those of the Chinese Section. The English Primary occupied the building to the right of the steps leading to the Chinese Section until 1996.

When the lower Primary had been phased out, the upper classes were transferred to the English Secondary. The building, which was by then forty years in existence, and having been somewhat, damaged by the piling for a multi-storey construction next door, was not sufficiently large for the demand for Primary classes, nor sufficiently solid for expansion, giving rise to the idea of a completely new edifice.

This idea gradually became a reality and with alternative accommodation acquired, we vacated the old building with some nostalgia in July 1998. 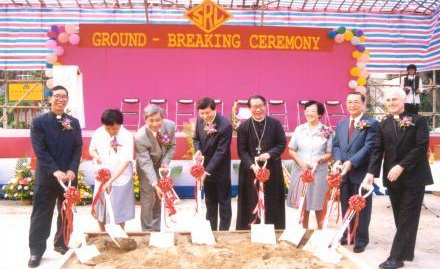 The old school building was quickly demolished. In October, the ground-breaking ceremony took place and, as we accustomed ourselves to our temporary arrangements, we watched our new school take shape by leaps and bounds.

At the end of the 1999 school year, it was possible to move back the equipment in use and all that had been stored away. School reopened as scheduled on September 4th 1999. All students were taken on a conducted tour to familiarize themselves with their new building.

By November, with the classrooms and corridors artistically and imaginatively decorated by students and teachers, the time had come for the grand opening. After the Mass took place in the Hall, followed by the unveiling of the commemorative plaque by His Lordship, Bishop Domingos Lam and General Vasco Rocha Vieira, Governor of Macau. For the remainder of the day the exhibition and premises were open to visitors, parents, past students and many friends.

Our deepest gratitude to all who helped make Colegio de Santa Rosa de Lima English Section the flourishing academy it is today with its unchanging motto, AD CARITATEM PER VERITATEM, To Love Through Truth.