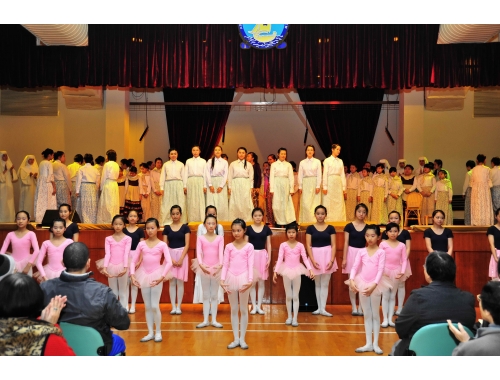 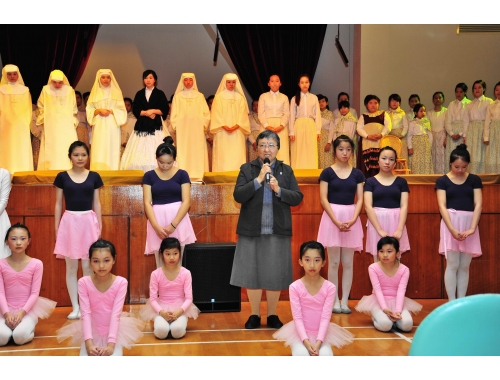 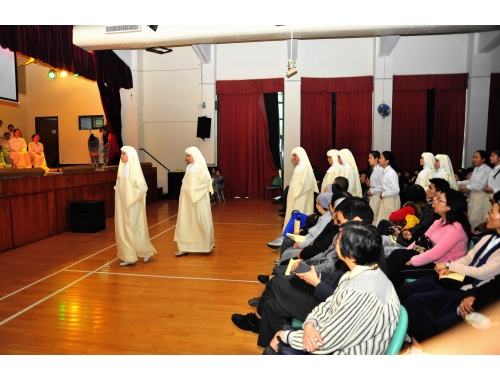 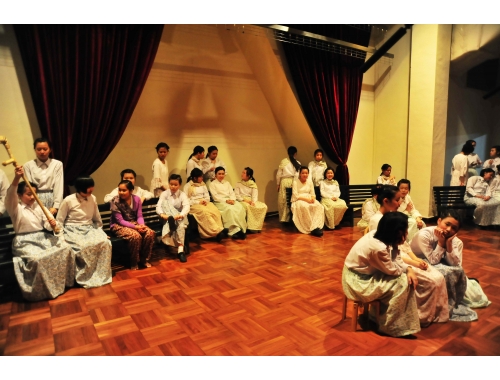 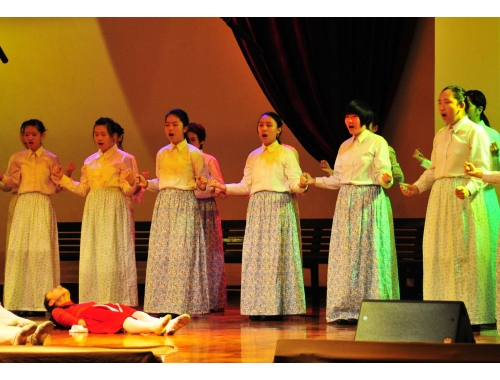 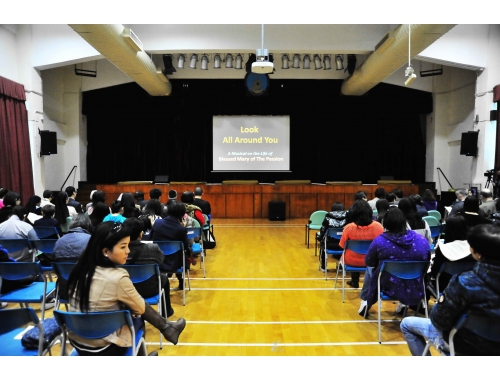 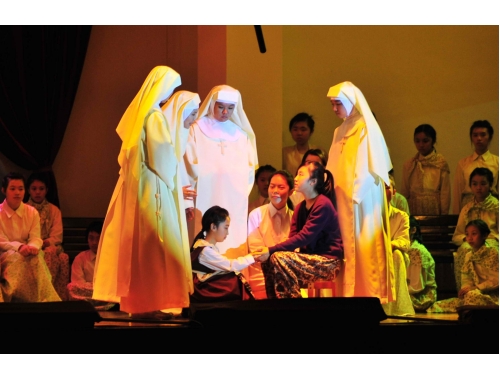 Choral Day was held on 24th March this year at the School Hall.  The Secondary, Primary and Alumnae choirs, together with the Break Ice Dance Team, participated in a musical celebrating the life of Mary of the Passion, a little-known but honorable Catholic woman who devoted her life to help the poor as a faithful follower of Christ.

The musical, entitled “Look All Around You,” which featured the first two acts, Vocation and Mission, hoped to inspire others to learn more about her greatness. The third act, Transit, is currently in production.

With performers dressed up as villagers and nuns, episodes of her life were brought to the audience through meaningful words set to emotional and melodious music.

The performance received wide acclaim and appreciation from all who saw it.