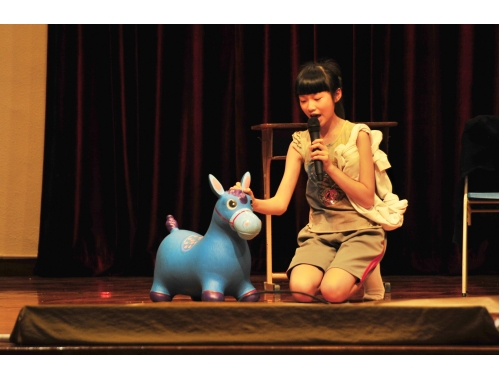 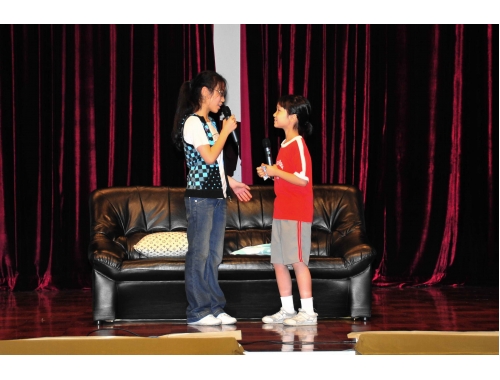 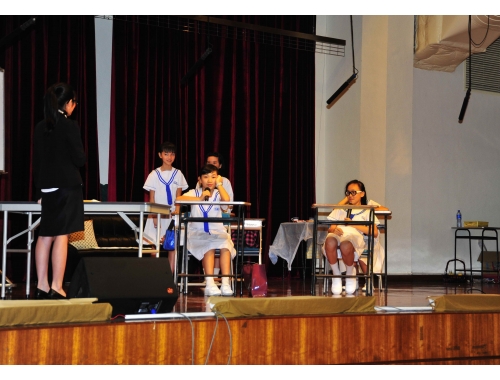 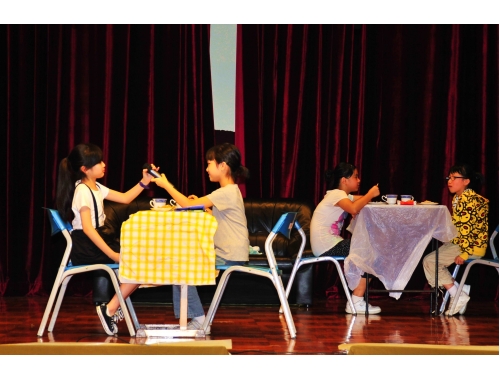 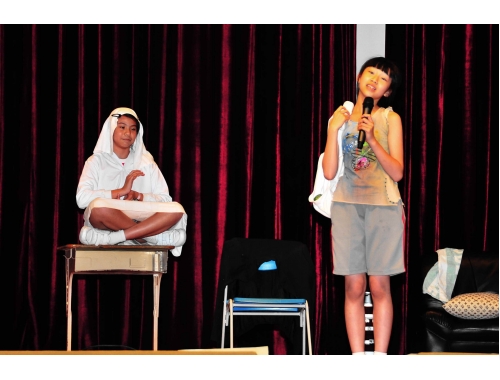 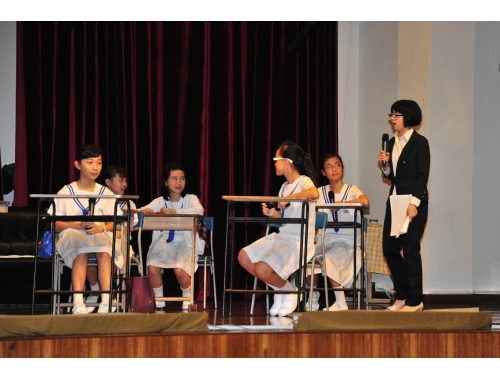 On April 18th 2012, a Chinese Drama competition was held at the school hall.  It provided a rare opportunity for students to act out different roles more effectively using their mother tongue.

The participating teams, formed by students from different secondary classes, acted out their own scripts. Despite the absence of stage backgrounds and gorgeous costumes, their imaginative use of language and creative props made it easy to perceive that the students had taken the activity seriously.

Sister Judith remarked on each team’s performance and encouraged them to continue to make use of their God-given talents in the future.   Finally she awarded the prize to the winning team and ended the half-day Chinese Drama competition.