SRL Celebrates 70th with a Difference!

Rosians all across Macao and from all over the world reveled in the joy encompassing the celebration of the 70th Anniversary of the Foundation of Colegio de Santa Rosa de Lima, English Secondary.

Anniversary celebrations commenced with an Opening Mass held on the 14th of April, 2002, concelebrated by the Bishop of Macao, His Lordship Domingos Lam, and six other priests. 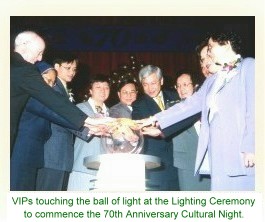 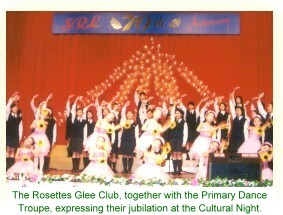 The Mass was followed by a Fun-Fair, held on two consecutive Saturdays, that featured games designed to enhance the Rosian spirit within the family. 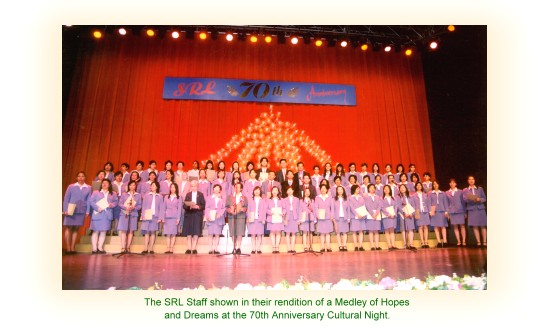 Then, in October, in lieu of participating in the annual Caritas Bazaar held in November, students, teachers, parents and friends came together once again for a Fund-Raising Fun Fair which coincided with the School Day. The Fair featured games and special movies. All funds generated during the Fair were donated to charity through the Macao Caritas Foundation. 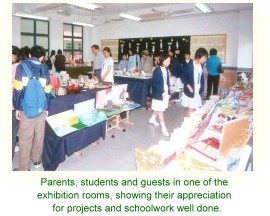 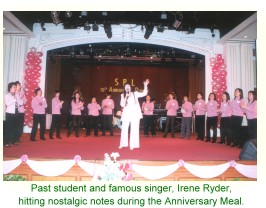 December proved to be an exciting month. The Cultural Night was held at the Forum on the 7th and the performances deeply impressed all members of the audience. Then on the 28th, a Thanksgiving Mass was held in the school chapel, followed by the Anniversary Meal at the Plaza Restaurant.

It was truly a night to remember as past and present students and teachers traveled down memory lane in an evening that resonated with the chatter of reunited classmates and friends. The special appearance of Irene Ryder, our past student who is now a famous singer, further enhanced the nostalgia of the evening. 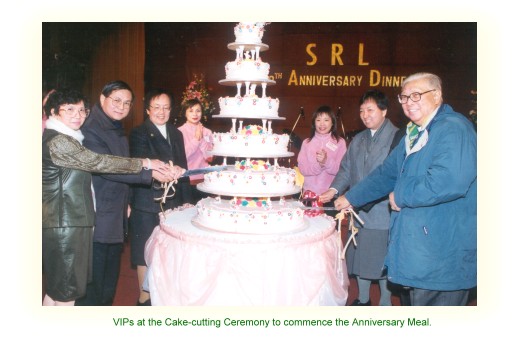